The Weighton Waytes Choir are frequently invited to sing at local weddings and, as one could imagine they are a booking that the lady members very much enjoy. When the wedding in question is in the family of a choir member then the enthusiasm and enjoyment reaches a high level indeed, such are the relationships […]

They say that you cannot have too much of a good thing, well, it seems that our local town, Market Weighton thought so when a production of Dad’s Army episodes was a sell out for the second time in just over one year. Once again The Players were supported by members of the Weighton Waytes […]

Following a great deal of planning The Weighton Waytes completed a Choral Pilgrimage to Holy Island in Northumberland. Commencing on 5th September 2015, the four day tour fulfilled a long standing ambition held by our Musical Director, Mrs Carole Readman an ambition which was both spiritual and musical. Because of work and family commitments, it […]

Following the ‘Waytes recent adventures on stage in the recent Pantomime in Market Weighton, the choir have had another successful experience when “treading the boards” once again. The Market Weighton Community Players (link) invited the choir to appear in there recent production of Dads Army by Jimmy Perry and David Croft. Some of the […]

This year, for the first time, Weighton Waytes were invited to become part of the cast in a Community Pantomime performed at The Market Weighton School. Produced by The Market Weighton Community Players, this years show is that old favourite “Dick Whittington” although how a bunch of local “Yorkshiremen”, cyclists from “Le Grand Depart”  and […] 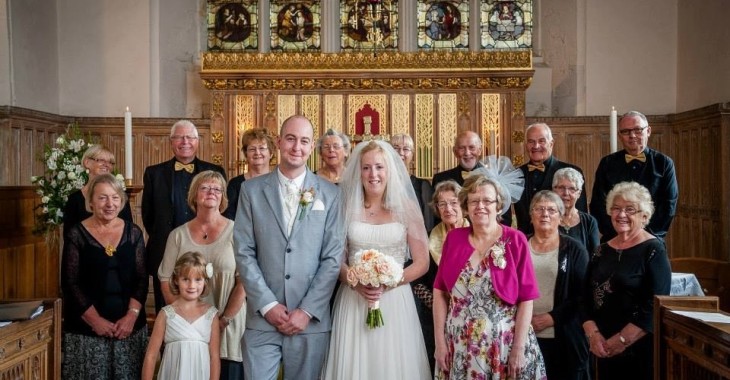 Karen Carttwright has been a loyal member of the Soprano section in Weighton Waytes Choir for many years. It was with great pleasure that Choir members assisted Karen to celebrate the wedding of her daughter Zoe at All Saints Church, Market Weighton. The Choir are available to sing at Weddings and to add musical joy […]